We have put together this useful list of the 8 best parthenocarpic cucumbers that you can grow. Keep reading to find out more about each variety.

What Does Parthenocarpic Mean?

Parthenocarpy is a horticultural practice in which fruit is produced without the use of fertilization. This means that the plant does not need to be pollinated in order to produce fruit.

It often results in seedless fruit. Some people describe parthenocarpic cucumbers as ‘self-pollinating’ but this is not accurate. The cucumbers don’t pollinate themselves, they simply don’t rely on pollination at all.

Why Were Parthenocarpic Cucumbers Bred?

These varieties of cucumber were initially bred artificially for the purpose of increasing the yield of cucumbers grown in greenhouses.

Manual pollination takes a lot of time and resources which can reduce the number of cucumbers grown on a commercial scale.

There are lots of options when it comes to parthenocarpic cucumbers. However, some of them are easier to grow than others.

This means that whatever your cucumber requirements are you should be able to find a parthenocarpic version to suit your needs.

Here is a list of our recommended varieties which are fairly resistant to disease and are simple to grow.

The Tyria is an English cucumber variety that grows to be up to 14 inches long. It takes 58 days to reach its full maturity. They are dark green in appearance and the skin is slightly ridged.

The flavor is remarkably sweet which makes it perfect for salads, sandwiches, and even cocktails. This cucumber won’t add any bitterness to your pimms! It is very resistant to disease which makes it a popular choice for gardeners.

This is another English cucumber variety that is also classified as a slicing cucumber. It takes 54 days to reach maturity, at which point it could have grown in excess of 12 inches.

The skin is dark green and quite thin, so you don’t need to peel the cucumbers before you eat them. As the name suggests, these cucumbers have a sweet flavor.

They are easy to grow and thrive in a range of different climates. It is no wonder that this cucumber variety has won multiple awards.

The Socrates cucumber is a Beit Alpha variety.  It can tolerate cold temperatures, which means you can plant it earlier in the season than some other varieties.

It can grow between 6 to 8 inches long, which takes around 52 days maturing time. The skin of this cucumber is very thin with no ridges.

It can tolerate cold temperatures which means it can continue to produce fruit in the fall as well as in the summer months.

You can plant it in midsummer and still have a successful harvest. This variety is also known to produce a very high yield.

The Katrina is another Beit Alpha variety, but it differs from the Socrates in that it is heat tolerant rather than cold tolerant.

This makes it ideal for gardeners who live in warmer climates and still want to be able to harvest cucumbers in the middle of summer.

It will reach a maximum length of 6 inches and matures in only 49 days, making it the fastest growing cucumber on the list. It is a sweet and thin-skinned variety which makes it very versatile.

It is very resistant to disease and produces an impressively high yield of fruit.

The Picolino is a slow growing Beit Alpha cucumber but it is much smaller than the Socrates or the Katrina. It takes up to 70 days to mature, in which time it will reach a maximum length of 4 to 5 inches.

The skin of these cucumbers is slightly ribbed but very thin. The small size of the cucumber means that it is able to dangle from the vines, which adds lovely character to your garden.

The fruit are also very uniform in shape and size. This prolific cucumber is very resistant to disease.

This is a pickling variety of cucumber. It is a compact plant which is suitable for growing in a  container, making it popular with people with smaller gardens or patio areas.

It can even be grown on an apartment balcony. This cucumber gets its name from the small leaves that grow on the plant. It takes 57 days to mature and will grow to a length of 3 to 4 inches.

These little fruits hang off the vines and are high in number, making the yield of this plant very impressive. It is classed as a semi-bush variety rather than a full bush variety.

The Iznik is a kind of pickling Beit Alpha cucumber. It is similar to the Little Leaf in that it can be grown in a container and the plant is small and a bit bushy.

It takes slightly less time to mature – 55 days – and also reaches a length of 3 to 4 inches. It is sweet and is often used as a cocktail cucumber, but can also be used for pickling.

The skin is very smooth in texture and it is tender, so you don’t have to worry about peeling it. This is also a semi-bush variety, like the Little Leaf.

Excelsior is a pickling cucumber that matures fairly quickly – only 50 days. In this time it will grow 4 to 5 inches in length.

The texture of the skin is just what you would expect from a cucumber variety that is traditionally used for pickling – thick, with ridges and bumps. The taste is clean, with a hint of sweetness.

What Are The Benefits Of Growing Parthenocarpic Cucumbers?

What Other Types Of Cucumber Are There?

If you have been researching different varieties of cucumbers in the search for your perfect plant, then you might have come across a few terms for other types of cucumbers.

Monoecious cucumbers are what most people would consider to be ‘standard’ cucumbers. They are open-pollinated and have a mixture of male and female flowers. However, there are usually more female flowers than male ones.

Gynoecious cucumbers can be both parthenocarpic and not parthenocarpic. They have mostly female flowers, and tend to be grown alongside varieties that have a lot of male flowers to ensure that pollination can take place.

Parthenocarpic cucumbers are almost always gynoecious. This is why they have a lot of female flowers, and also why they produce such a high yield.

Parthenocarpic cucumbers are an excellent choice of plant for your garden. You can grow them in a greenhouse or in a protected area such as a growing tent. You don’t need to worry about pollination, and you will be sure to get a very high yield.

You can get lots of different varieties of parthenocarpic cucumbers, so whether you want to slice them or pickle them, you will be able to find a cucumber that suits your needs. 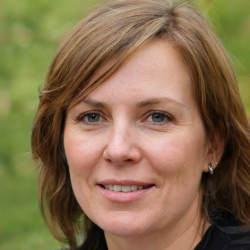 Angie Strousse
Hi, my name is Angie Strousse and I am a gardening enthusiast. Ever since I was a young girl, my favorite time of year was when I was able to get out in the yard and watch my dad begin his yearly gardening.

Growing up, we had a massive yard full of trees, shrubs, and plants. We would all bundle in the car and head down to the gardening center, where my brothers and I were able to pick one pack of seeds each to grow that year.